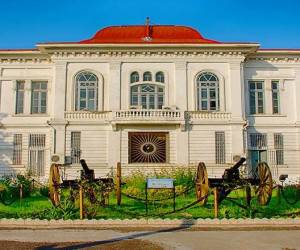 Bandar Anzali Is One Of The Most Famous Cities In Gilan Province, Which Attracts Many Tourists Every Year Due To Its Many Beautiful Tourist Attractions.

Introducing the tourist attractions and entertainment of Anzali port

This city has the largest and is the first port on the southern shores of the Caspian Sea, located in Gilan province.

Breakwater, Anzali Lagoon, Wildlife Sanctuary, and Bandar Anzali Beach Village are among the new sights of Anzali Port, making it the most impressive port in Iran.

The water lilies of the lagoon, the old breakwater and the coastal boulevard of Bandar Anzali, and many other unique attractions attract tourists from all over the world. What you read in the rest of this tour will introduce you to the beautiful sights of this city.

The existence of Anzali International Wetland is a place for the spawning of aquatic animals and a refuge and motherland for native and migratory birds. Beautiful islands in the middle of the wetland can be considered part of the beauty and attractions of this city. The swamp reaches 120 square kilometers in the spring and winter when rainfall increases. Due to the decrease in rainfall in the autumn and summer seasons, its area decreases to 80 kilometers. On the shore of the lagoon, there are two beautiful towns of Bandar Anzali and Kanar Water.

The link between Koshiro Wetland and Anzali Wetland in Koshiro Shitsugen National Park can be a bond of sisterhood. More than a hundred species of birds, hundreds of species of plants, and 50 species of fish have formed a unique ecosystem in Anzali Wetland, the most significant part of which is protected in the protected area of ​​Sarkhankel. Boating on the marshland is one of the most fun moments of the trip to Anzali port, which can record memorable memories for us. 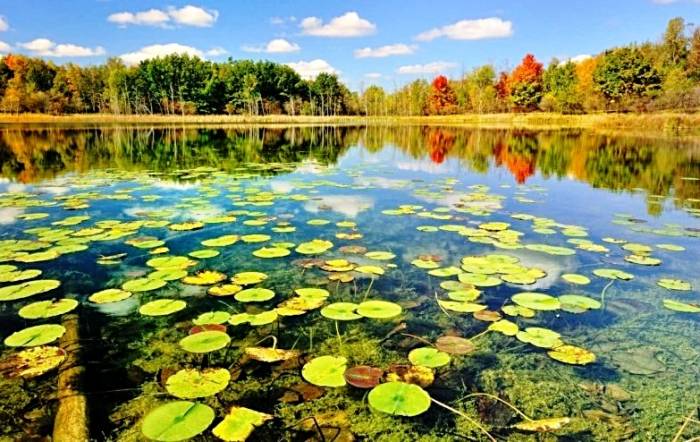 One of the other tourist attractions of Anzali city is the Quds beach boulevard of Bandar Anzali, known as Bandar Anzali beach boulevard and Anzali beach park. The age of this coastal boulevard is very high, and it is considered the first modern park in Iran, built in European style. The view this boulevard has given to the Caspian Sea, the entrance to Anzali International Lagoon, and port facilities provide a pleasant atmosphere for every tourist.

The border of Anzali port with tsarist Russia the past years made the trips to and from the wall Anzali, and it took on a European atmosphere, which you can see as a symbol in the city’s architecture. For example, you can see the comings and goings of the ships in the port’s docks from the beach park of Bandar Anzali and the flight of birds over the Caspian, the delicate dance of the waves on the side of the breakwater, the sunlight on the green waves of Golden and the speeding motor boats to Aine. Look.

Other surprises include well-made stairs, a beautiful statue of a lion, decorative shrubs, pavilions and ponds with tall fountains between citrus and pine trees, green boxwoods, large white vases full of colorful flowers, the beauty of this Anzali coastal park. has doubled

The palace of the army museum is like a strong white one in the Delgosha garden and caresses the nose of every visitor with the scent of spring oranges. Although this museum carries the military name, its delicate and beautiful building has prevailed over its military and dry image. This palace was started by Iranian engineers, ordered by Reza Khan in 1308, and finished after two years.

An enormous garden in the city of Iran is the coastal village of Bandar Anzali. This town is located between Shalivar and Bibi Horieh in the Ghanian region. Although it has been 48 years since it was built by the late culturalist, it is still among the tourist towns of Anzali. Villas cover about 20% of the land area in this town, and this is because green spaces are significant in the coastal village. It is considered one of the most beautiful tourist towns in Iran.

A part of the Anzali wetland complex, located in the middle of it, is the Sarkhankal wetland. This wetland is a protected area. Sarkhankel is the only way to reach water lilies because this area is the pulse of wetland tourism at the end of this area. Migratory birds such as geese, ducks, swans, cranes, and peacocks spend their winter in these areas.

Sarkhankal’s cover consists of sedge, Azula, and reed, and its dominant plant species are Lui and reed. It is the prominent place for sea swallows to lay their eggs and hatch in the area where water lotus flowers grow in Anzali lagoon.

A white building similar to Shiraz’s Hafiziya is located on the coastal boulevard of Anzali and next to the municipality building, which was built by a group of German engineers in 1311 on the order of the municipality. Before this, Anzali Hafiziya was a place for holding music concerts and is still Its similarity to Hafiziyah is known by the same name. Nowadays, apart from its tourist attraction, this place is used as a place for holding handicraft and painting exhibitions. 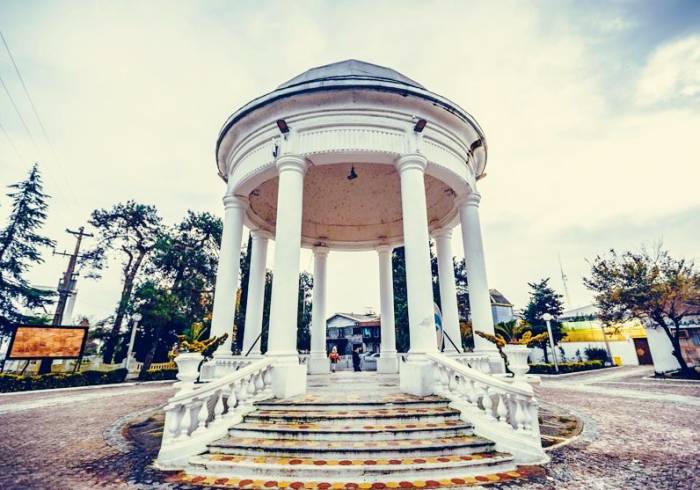 It is interesting to know that in the past, commuting between the two cities of Anzali and Ghazian was done by boat. In 1314, Anzali built Ghazian bridges to connect these two cities so that these two cities could easily communicate with each other.

In response to the question of one of the users from the Nemanak tourism department about the Anzali clock tower, we must say that one of the oldest buildings in Anzali is the Anzali clock tower, which, despite its age, still shows the clock correctly and its location is behind Sepeh market and Anzali square. This tower was built in Anzali in 1194 Shamsi by the ruler of Naseeruddin Shah, Khosrow Khan Guruji.

This breakwater, built to prevent sea waves from damaging ships and boats, has now become a place to visit in Anzali. It can almost say that every tourist in Anzali has a souvenir photo next to this breakwater. Walking on the breakwater of Bandar Anzali and watching the Anzali beach, the sea, and the coastal boulevard from above will make a beautiful and memorable memory for every tourist.

The Mirza Kochuk Khan cruise ship’s construction dates back to 1971 in Japan. This cruise ship consists of 5 floors, 12 meters wide, 20 meters high, 74 meters long, and 27 first and second-class cabins, with a capacity of about 250 passengers. And it is interesting to know that the accommodation center of this ship. It is at the level of 4-star hotels.

Also, the traffic of this ship can be between foreign and coastal provinces. Accommodation facilities and equipment of Mirza Kochakh Khan passenger-entertainment ship every year host tourists who are interested in spending an unforgettable night by the Caspian Sea.

This village, located near Anzali port, is a unique, beautiful, and cozy place that few tourists. After this village, there is a forest park with a beautiful pond inside it, where you can enjoy the forest’s silence for hours and see the beauty. 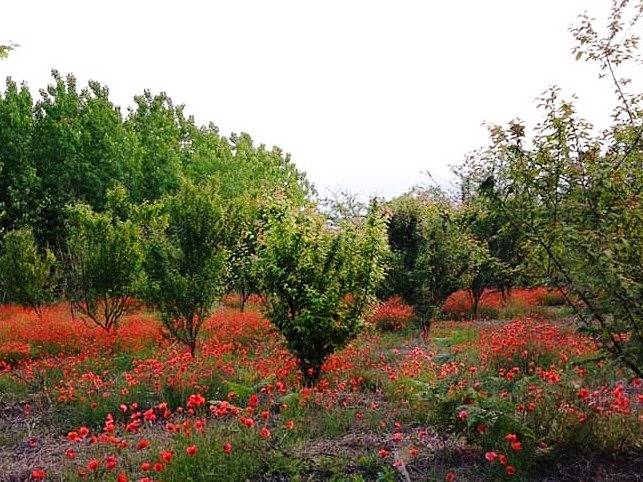 The Anzali markets are historic, attractive, and memorable and are considered one of the pleasant sights of the city.

The Anzali market on Saturday

This market, where villagers sell their agricultural and dairy products and handicrafts, has been open since 1307.

All kinds of clothes and shoes are sold in this market’s shops, which are located on the beautiful Sepeh cobbled street and narrow alleys next to the old buildings.

One of the attractions of Bandar Anzali is the Central Asian Bazaar, which is located next to the beautiful beach of Anzali.

Gellar market is one of the Anzali markets in the Ghanaian region where Turkish and Russian goods are sold.

Anzali port, located in the north of Iran, has a humid, rainy, and moderate climate, and in the hot months of the year, it has hot weather.

The best time to travel

This city is beautiful in all seasons, and every season has the same color. Still, the best time to travel to Bandar Anzali is in the early months of the year and spring, especially in May, although the winters in Bandar Anzali are mild, and the most rainfall is in the months of Shahrivar and Mehr. 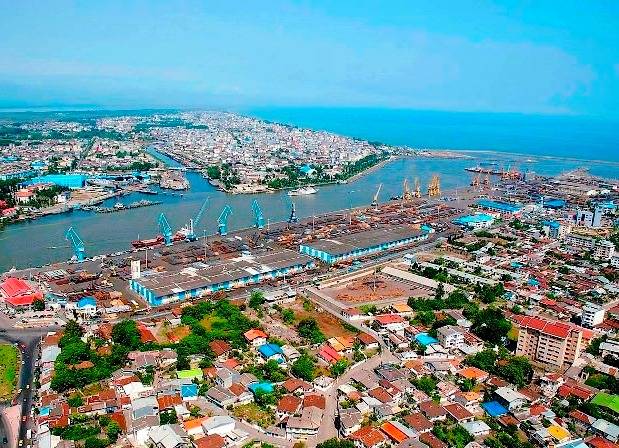 Foods that you can eat in Bandar Anzali

Now that you have seen the beauty of Bandar Anzali visit the Sham stations and get a heart of mourning. Anzali Port is one of the leading fishing centers in Gilan, and the best fishes in Anzali Port are white fish, bream, and duck fish. After eating seafood, try this fish in Anzali’s traditional restaurants. You can eat the following dishes in Anzali Port and double the memory of your trip:

Necessary items for traveling to Anzali:

When traveling, take an umbrella or raincoat with you so that the rain does not surprise you.

Take anti-mosquito lotions and medicines for mosquito bites with you.