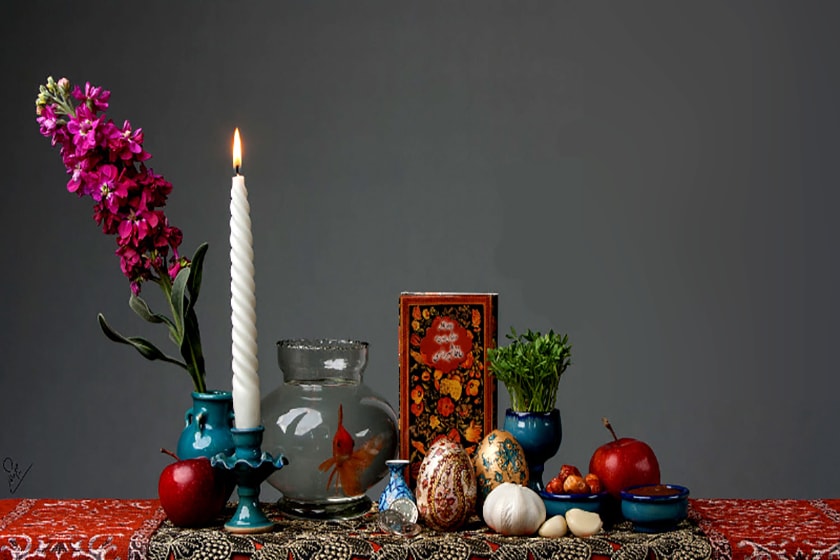 Nowruz is one of the famous celebrations of ancient Iran that the people of Iran celebrate with the arrival of the New Year and congratulate each other on this Eid.

One of the celebrations of ancient Iran that after many years, people still celebrate it more glorious every year, is Nowruz. Nowruz is associated with the beginning of the new year and people follow different customs these days and congratulate each other on the new year. Join us for a closer look at this celebration, which has a history of three thousand years.

In this article about Nowruz, you will read:

Another name for Nowruz Nowruz is a word in Middle Persian and has its roots in the Avestan language. In today’s language, the word is interpreted in two ways:

Common Nowruz : The day on which the new year begins and is known as the day of the vernal equinox (equality of night and day). According to the existing legends, Nowruz originated in the time of Jamshid, the fourth pre-Islamic king of Iran. In Avesta, one of the oldest books of ancient Iran, a person named Jamshid is mentioned who had the power of Farah Izadi. Jamshid begins to confront the devil by the order of Ahura Mazda; Because the devil had caused a lot of damage at that time, including famine and drought.

After Jamshid defeats the devil, joy and blessing return to the land of Iran and the drought disappears. The people later named this day “Nowruz” or “New Day” and immortalized this ancient celebration by planting barley in the pan.

Famous poets and writers such as Abolghasem Ferdowsi, Abu Rihan Biruni and Tabari also consider Jamshid as the main founder of Nowruz.

According to another narration in the Shahnameh, on his way to Azerbaijan, Jamshid ordered a glorious throne and crown to be prepared for him. With the sun shining on this glittering crown, the world becomes full of light and “Nowruz” is created because of the happiness of the people. In solar history, the first day of Farroodin is called the beginning of Nowruz. Nowruz begins with the sun passing through the equator of the earth and moving to the north of the sky. This moment of beginning is called the first moment of Aries. In the solar Hijri calendar, Nowruz is considered equal to the day of “Hormoz Rooz” or “Ormazd” in the month of Farvardin.

Nowruz is the first day of spring and in that nature wakes up from a long sleep and resumes its life. Every year, Iranians celebrate the beginning of a new season of nature. They try to mark a new and fruitful chapter in their lives by moving their hearts.

We know the ancient holiday of Nowruz with customs and rituals such as moving house, seeing and visiting, colored eggs, pilaf vegetables with fish, Haftsin, etc. The first four days of April are considered as the official holiday of Nowruz and people go to visit their relatives during these days and congratulate each other on this Eid. April 4 and 5 are the days of the Islamic Republic of Iran and the 13th of Badr, respectively, and are considered as official holidays. Iranian families pray the New Year at the Haft-e-Sin table to start the new year with a good heart. A few hours before the New Year delivery, Iranian families spread the Haft-e-Sin tablecloth, and by placing Haft-e-Sin including apples, vinegar, elm, semno, greens, sumac and garlic, as well as the Quran, fish, mirror, lavender, etc. They congratulate each other on the day. Each of these symbols has its own meaning on the Haftsin table.

During Nowruz, older people usually give money or gifts to younger people as “Eid” or “Nowruz”. Of course, in the ancient history of Iran, sometimes the younger ones also celebrated Eid with the older ones.

People congratulate each other on the New Year. “Happy New Year” is the famous congratulation of Iranians today; But in the past, the phrases they used to say to each other for congratulations were much more complex and meaningful than they are today. Historians consider one of the common terms of that time to be “a hundred years to these years”. In recent decades, with the prevalence of orthography and idiom in the country, terms such as “Happy Nowruz” or “Happy Nowruz” are used more than before. People go to nature on the 13th of Farvardin and bring joy and freshness to themselves by tying greenery.

On the 13th of Farvardin, the people of Iran leave their homes and go to nature to get rid of impurities. There are different opinions about the philosophy of the Thirteen Badr. Some attribute it to the thirteenth misunderstanding. Some also argue that since the word “door” means “door and plain”, thirteen Badr are considered the day of taking refuge in the door and plain. The famous tradition of Sizdeh Badr is “tying the green”. The philosophy of this work is to tie life with nature, and by doing so, people wish themselves freshness and freshness. In the Hijri lunar calendar, the time of delivery of the year will be 8 Sha’ban 1442 and in the Gregorian calendar, March 20, 2021

How good it would be if we tried to hold this ancient ritual as glorious as possible and did not allow Nowruz, like other ancient festivals, to be forgotten over time and replaced by Western festivals. If this post was helpful to you, please share it.