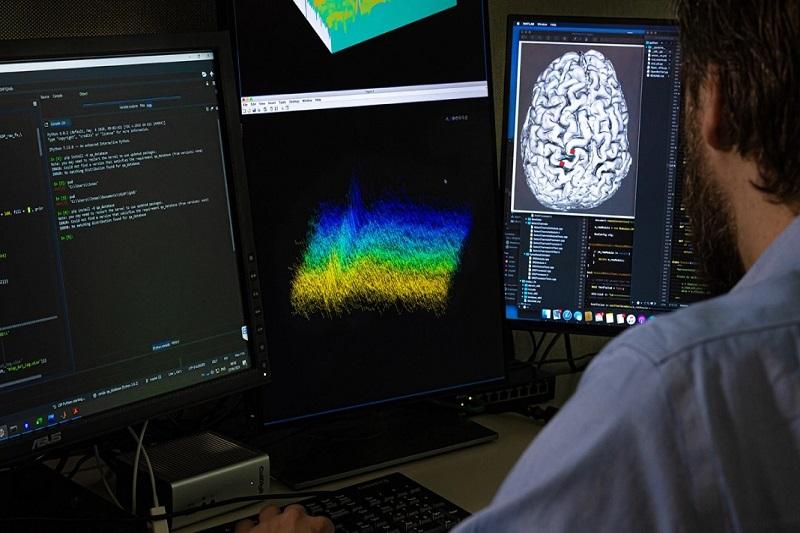 One Of The Biggest Joint Achievements Of The World Of Engineering And Neuroscience Is The Detailed Research In The Field Of Neurology, The Result Of Which Is The Invention Of Brain-Computer Interface (BCI) Technology.

An interface that has been able to help patients in different ways. These systems are growing and developing rapidly, and researchers are trying to use them to treat various diseases.

These systems, which work based on recording people’s brain signals, try to access the commands issued by the brain and convert them into comprehensible orders for computer systems.

These computer systems can use these messages based on the type of signal and command issued.

In this regard, Weiss Center for Bioengineering and Neuroscience has designed a new communication platform for people with complete lock-in syndrome.

A 36-year-old German man with locked-in syndrome and total paralysis learned to change his brain activity in response to auditory feedback to write simple messages through a serious brain-computer interface system equipped with auditory feedback.

It is necessary to explain that the brain of patients suffering from this condition has an entirely normal function. Still, they have no control over their body, and despite being fully aware of the surrounding environment, they lose the possibility of communicating with the outside world. To be more precise, the patient cannot speak, and in some cases, he only can move his eyes vertically.

According to a study published in Nature Communications, this patient communicated with his little son after receiving this innovative interface and even ordered drinks for the band that played his favorite music.

Brain-computer interfaces interact with brain cells, record the electrical activity of neurons, and convert those signals into executive commands. Such systems usually include electrode sensors to record neural activity, a chip to transmit the calls, and computer algorithms to translate the signals.

BCIs can be external, such as EEGs or medical EEGs, where electrodes are placed on the scalp or forehead with a wearable cap, or they can be implanted directly into the brain.

The first method is less invasive but may be less accurate because more noise interferes with the signals. The latter requires brain surgery, which can be risky, but this is an acceptable risk for many paralyzed or completely locked-in patients. 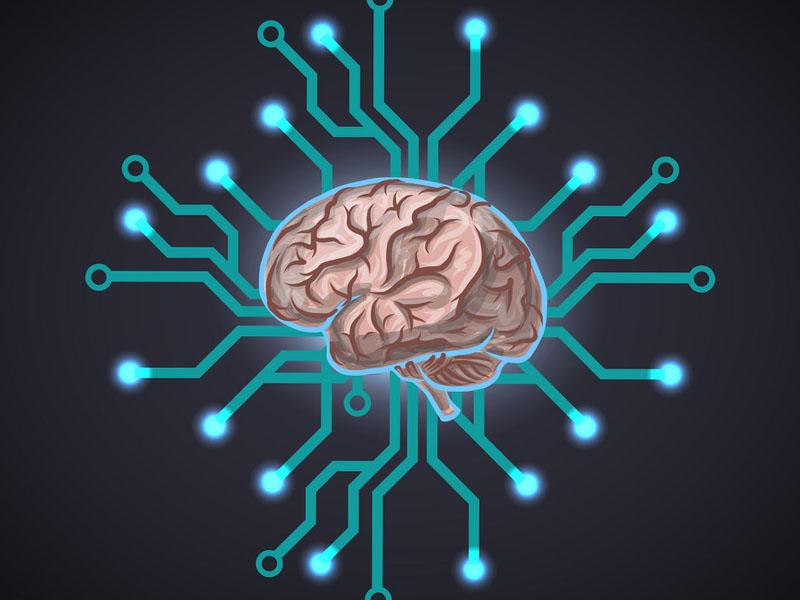 Last year we saw two critical milestones in the field of brain-computer interfaces. In March 2021, neural technology company Neuralink released a video of a monkey playing the video game Pong using a brain implant connected wirelessly to a gaming computer. To achieve this goal, Nuralink designed this device in miniature and small dimensions and made it possible to establish wireless communication.

In April 2021, researchers at BrainGate, a research consortium, successfully tested a high-bandwidth wireless BCI in two humans with tetraplegia.

People with amyotrophic lateral sclerosis (ALS), colloquially known as Lou Gehrig’s disease, are often paralyzed and unable to communicate, although they have the cognitive ability. Several devices have been developed to help these patients regain their communication ability, including brain-computer interfaces based on eye movements. Still, patients with the total locked-in syndrome may lose the same amount of motor control over time. The new study used a wired implantable brain-computer interface.

A type of ALS that affects motor neurons. The German man in the study was diagnosed with progressive muscular atrophy in August 2015. Within months, he lost the ability to walk or communicate verbally, and by July 2016, he was being artificially oxygenated and fed through a tube. The man initially communicated through an assistive device based on eye movements, but his condition worsened over time.

Realizing that he would soon lose control of his eye movements and become wholly locked up, the man’s family sought help from Niels Beerbaumer, who worked at the University of Tübingen, and Ujwal Chaudhary, who worked at the non-profit organization ALS Voice gGmbH, and about They were asked about alternatives. In their opinion, an implantable BCI was the best option, so neurosurgeons in Munich performed this surgery on the patient.

This brain-computer interface interacts with brain cells, records the electrical activity of neurons, and converts those signals into an output. This system includes sensors with electrodes to record neural activity, a chip to transmit signals, and computer algorithms to translate signals.

They placed two microelectrodes in the patient’s left motor cortex (dominant side) to detect neural signals, and then these signals were sent to a computer for processing through a wired connection. NeuroKey software decoded this data and play it back as auditory feedback because the patient’s vision was limited. The patient quickly learned how to adjust the tone of their voice and eventually modulate his neural firing rate to match the feedback frequency.

After months of training sessions and counseling, this man was able to pick up letters and spell words to communicate.

His first message was a simple thank you to Beerbaumer, his team members, and the health care department. He even spelled out suggestions for improving the system’s performance to the team developing the technology. In one of her messages, she asked for a head massage or more gel on her eye (prone to dryness) and a request to raise her head when she had visitors.

Eventually, she was able to make specific food requests for her feeding tube: meat soup, sweet pea soup, and potato curry. He asked his caregivers for a drink and to play a song by his favorite band, Moore.

He could even communicate with his son, who deeply moved his feelings. Two hundred fifty-one days after receiving this contact, he said that he loved his son, and a little later, It asked him if It wanted to watch cartoons with him, and on day 462, It said that his biggest wish was to have a new bed and that he wanted to be with his family. Go out for a barbecue.