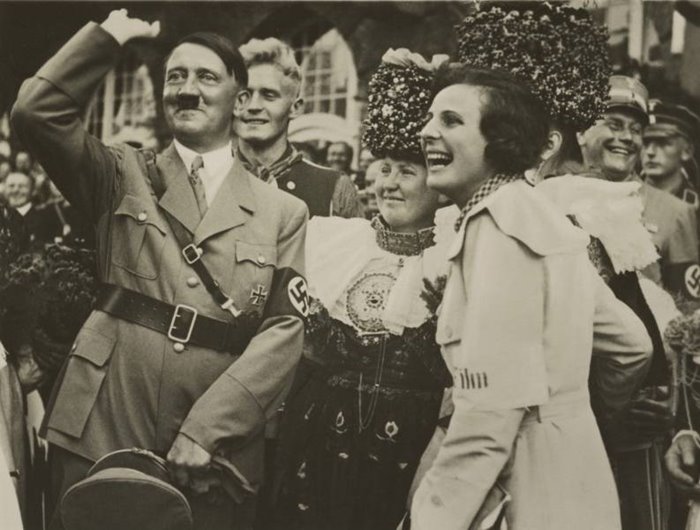 During Nazi Germany, the film industry played a very prominent role in promoting the goals of the Nazis.

Nevertheless, these films are among the most prominent productions of that era from a technical and aesthetic point of view.

Cinema was one of the critical parts of the Nazi propaganda machine. This cinema significantly promoted hatred, paved the way to war, and made the German people believe in their racial superiority.

Nevertheless, Nazi propaganda cinema still has a strange place in history; Because regardless of politics, some of its productions, despite their hateful and evil content, are among the most vital shows of that era from a technical point of view.

The film industry in Nazi Germany was under the control and supervision of the National Socialist Party and Joseph Goebbels, the propaganda minister of the Nazi regime. Goebbels believed that cinema was necessary to control the people, so he wanted to exploit this sector to promote Nazi ideology fully.

The Nazi Minister of Propaganda was influential in the text of each script and casting, carefully monitoring each scene to ensure that the outcome was in line with the party’s goals.

However, many refused to be used as part of the Nazi propaganda machine. S, as soon as the Nazi Party gained power in this country, some of the greatest German actors and filmmakers left their homeland and went to Hollywood or some other countries to pursue their artistic activities in a free environment and away from government censorship and supervision.

But many other actors and filmmakers remained in the country and became the new stars of the Nazi silver screen. These Nazi propaganda celebrities appeared on the cover of various magazines around the country and even the world and received many letters from their fans in different countries. These movie stars were well-known among the German people, and their reputation was also complicated worldwide.

Moreover, from a purely technical point of view, some Nazi propaganda films are original works of art.

The film Triumph of the Will, made by Leni Riefenstahl, which was created exclusively to celebrate Adolf Hitler and the Nazi Party, was recognized as one of the greatest cinematic works of its time and, to this day, has an undeniable influence on the works of various filmmakers. From George Lucas to Peter Jackson.

Nevertheless, the film was undeniably made to glorify one of history’s greatest dictators and empower him to commit horrific atrocities. Among other films that were made with darker goals and titles, we can mention The Eternal Jew, A film that was made at the request of Goebbels and exclusively to promote and spread anti-Semitism.

Undoubtedly, it is a pity that such talented filmmakers used their genius for nefarious purposes. However, most of these filmmakers and actors claimed that, like many Germans, they were forced into Nazi service.

Like millions of others, I thought that Hitler was the answer to all problems. We only witnessed good events and were not aware of bad events ahead. 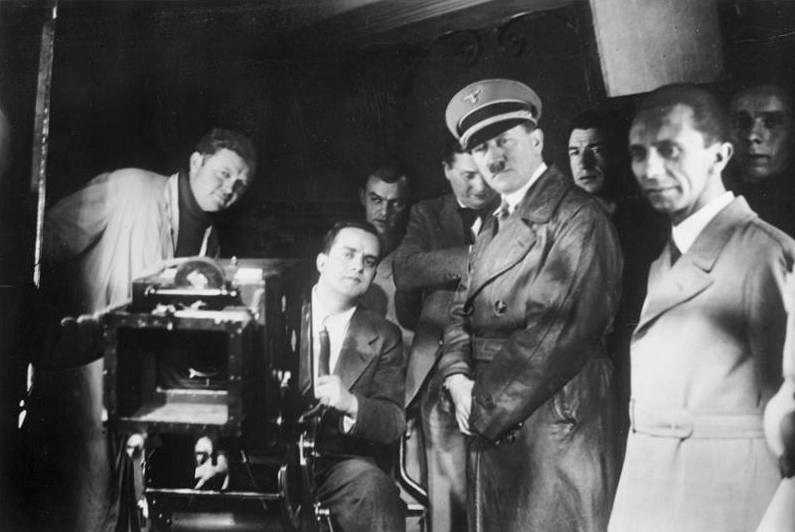 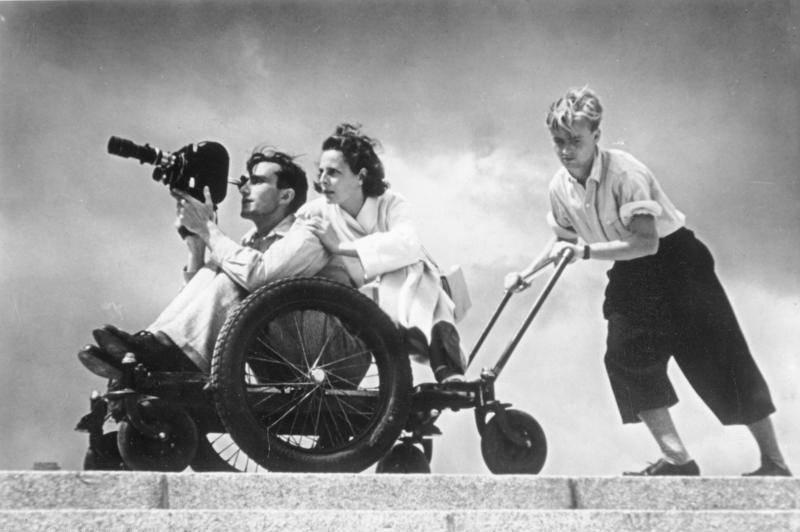 2. Leni Riefenstahl, a German filmmaker, and creator of some of the most prominent Nazi propaganda films is filming the 1936 Berlin Olympics. 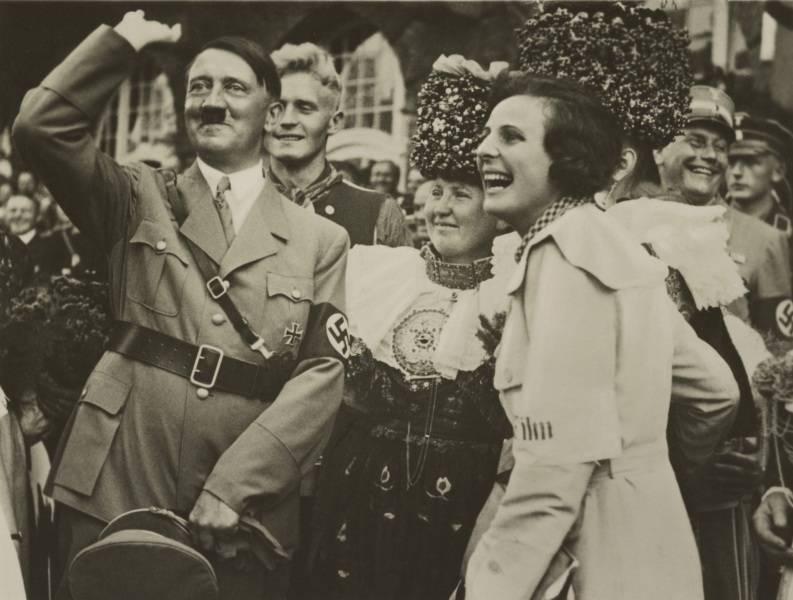 3. Adolf Hitler and Leni Riefenstahl wave to the crowd. Nuremberg, 1934. 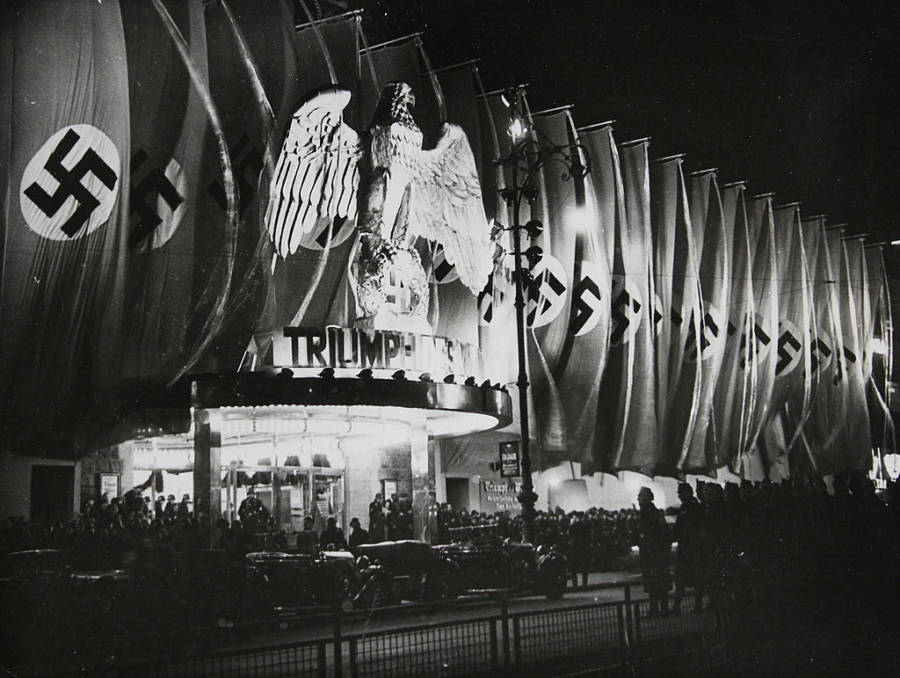 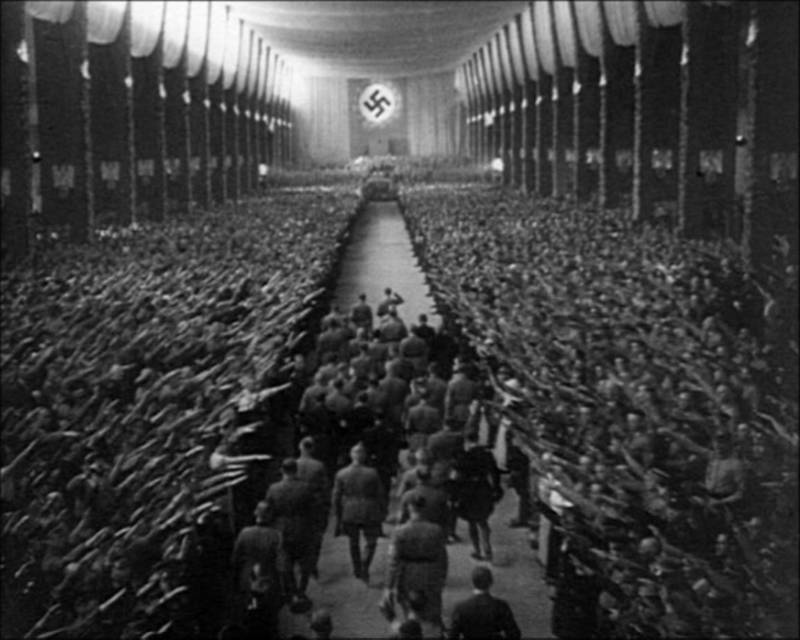 5. A scene from the movie Triumph of the Will shows a massive gathering of Nazis. Nuremberg, 1935. 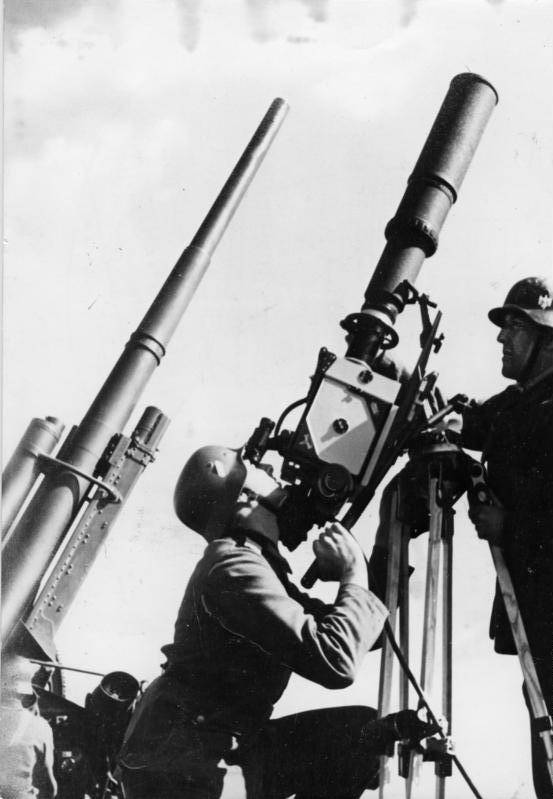 6. Two weapons of the Third Reich – the cannon and the camera – in coordination and cooperation. Unknown location, January 21, 1941. 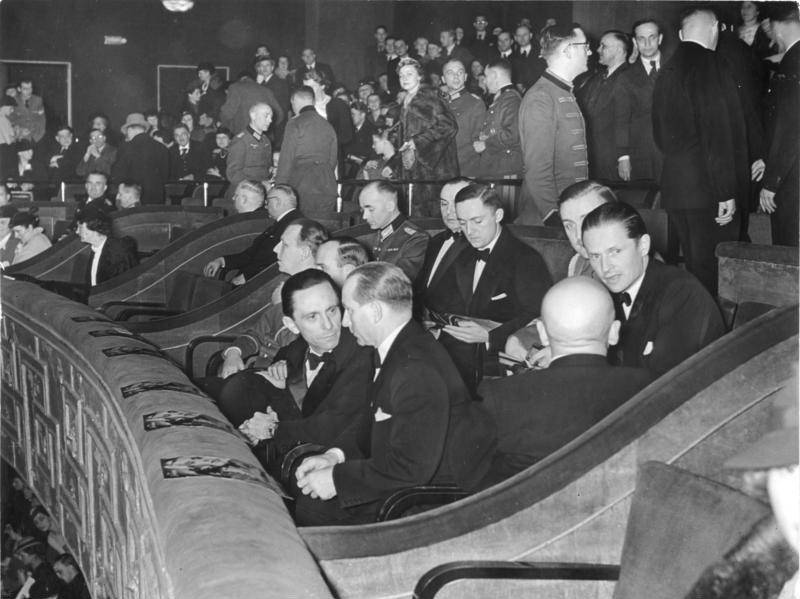 7. The Minister of Propaganda, Joseph Goebbels, is sitting in a cinema waiting for the unveiling of the latest creation of his ministry. Berlin, January 19, 1938. 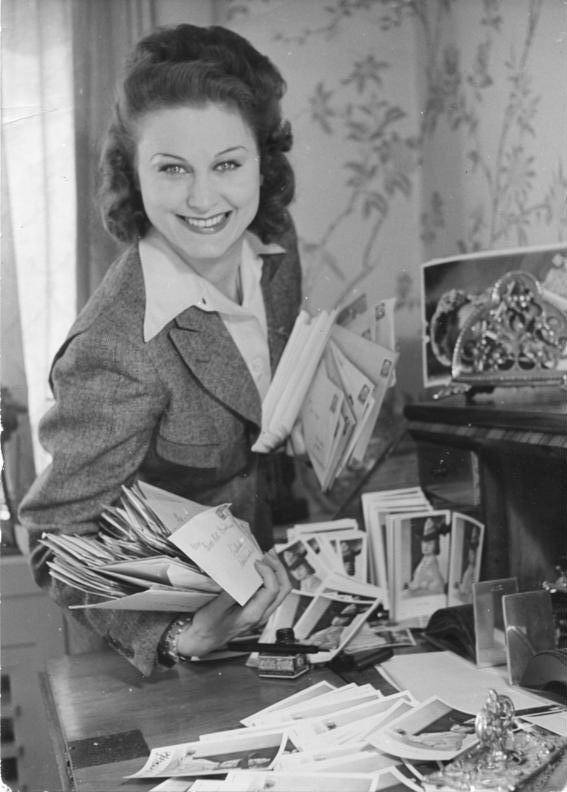 8. Famous actress Marika Rook shows the pile of letters she receives daily from her fans. Germany, 1940. 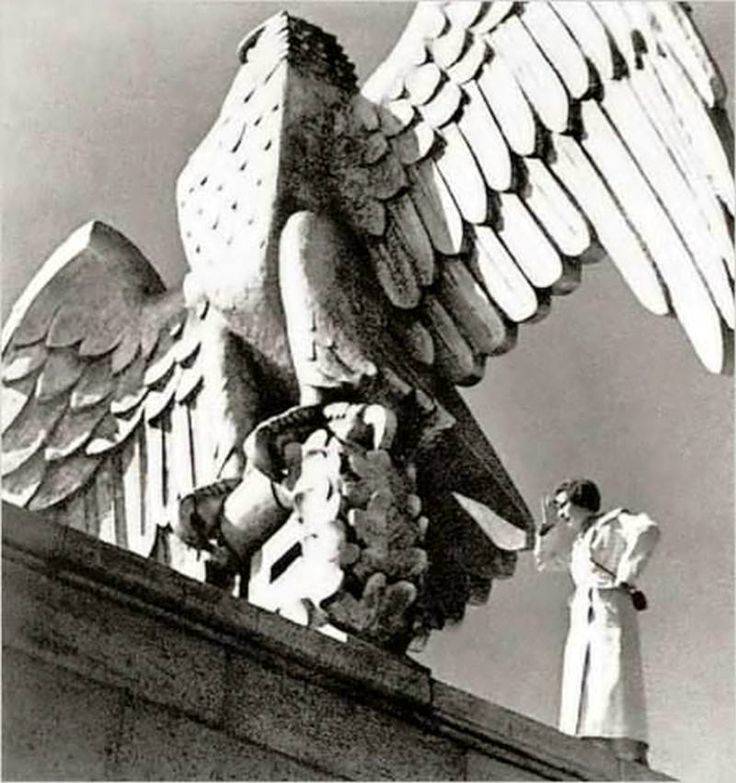 9. Leni Riefenstahl stands next to a Nazi eagle in a stadium. Nuremberg, 1934. 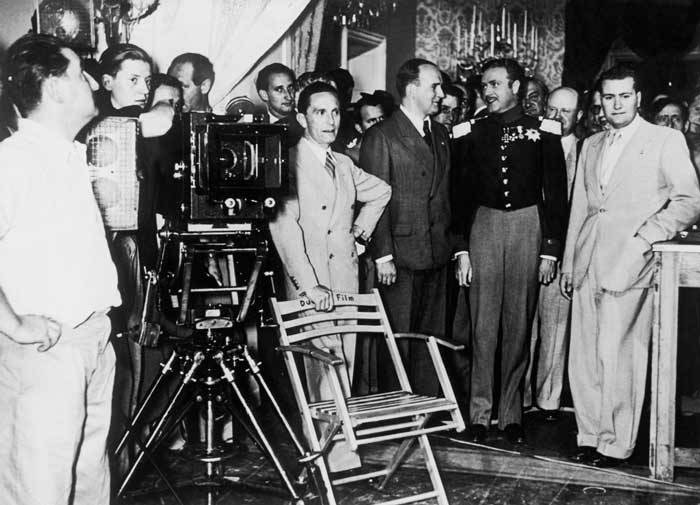 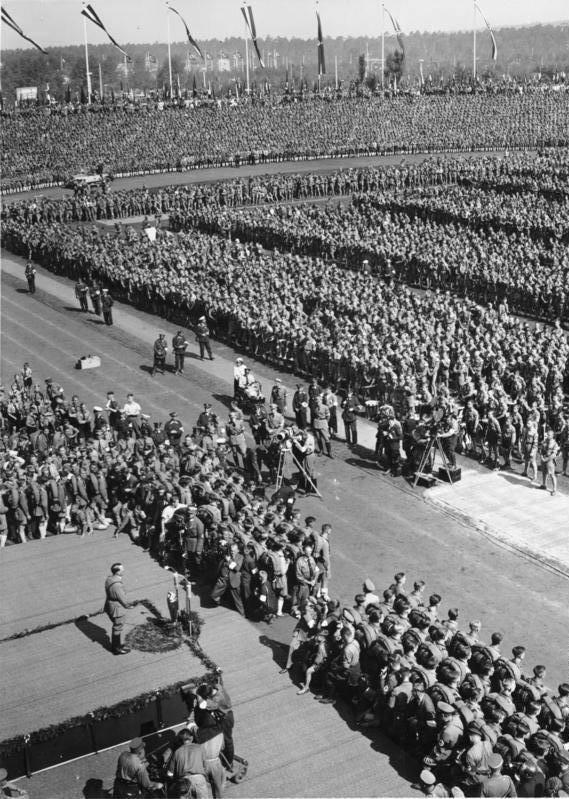 11. Leni Riefenstahl and his film crew gather to film the leader’s speech to the crowd. Nuremberg, September 1934. 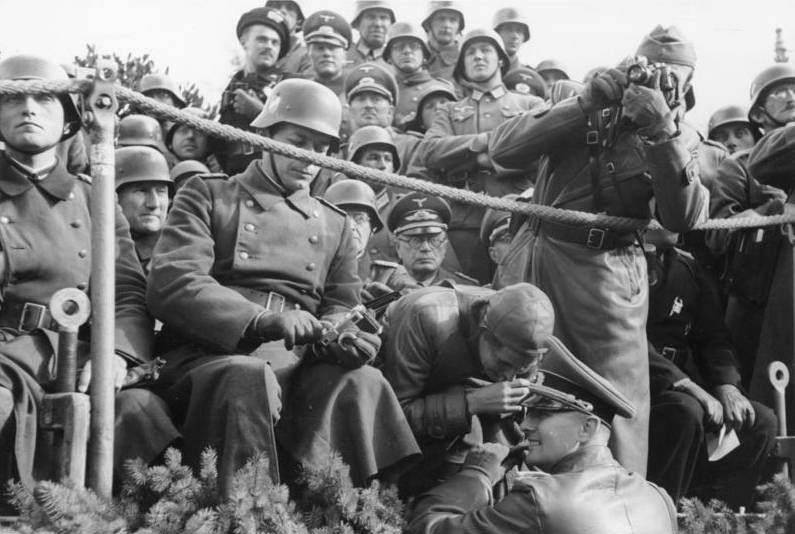 12. Leni Riefenstahl crouches next to the Nazi soldiers and directs her cameraman. One of the Nazi soldiers beside him is surprised by his presence in the film and is taking pictures to send to his family. Warsaw, Poland, May 10, 1939. 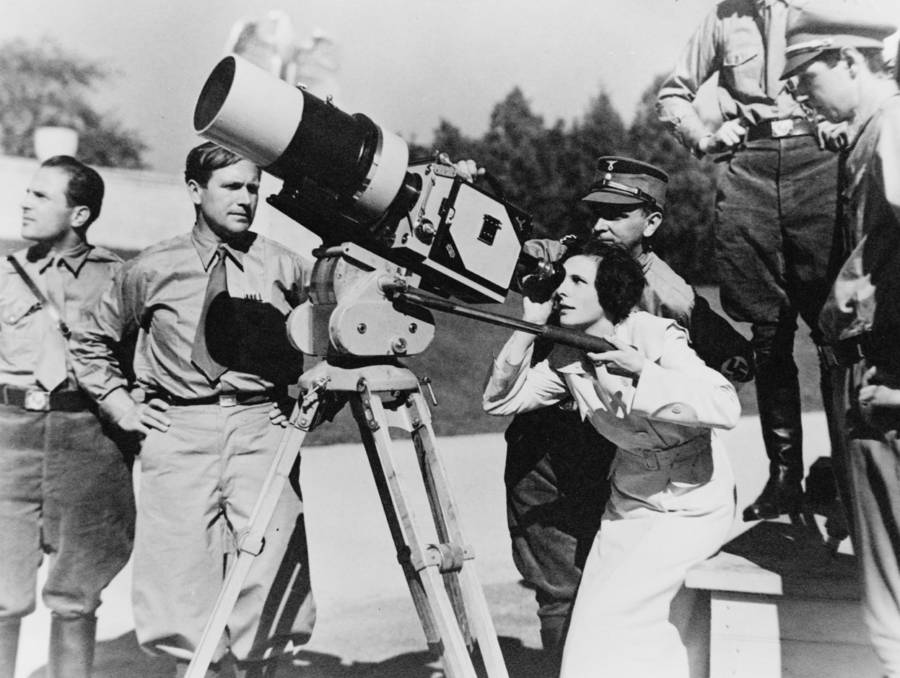 13. Leni Riefenstahl is filming a Nazi rally with a long lens. The technique he pioneered here is still used by filmmakers today. Nuremberg, 1934. 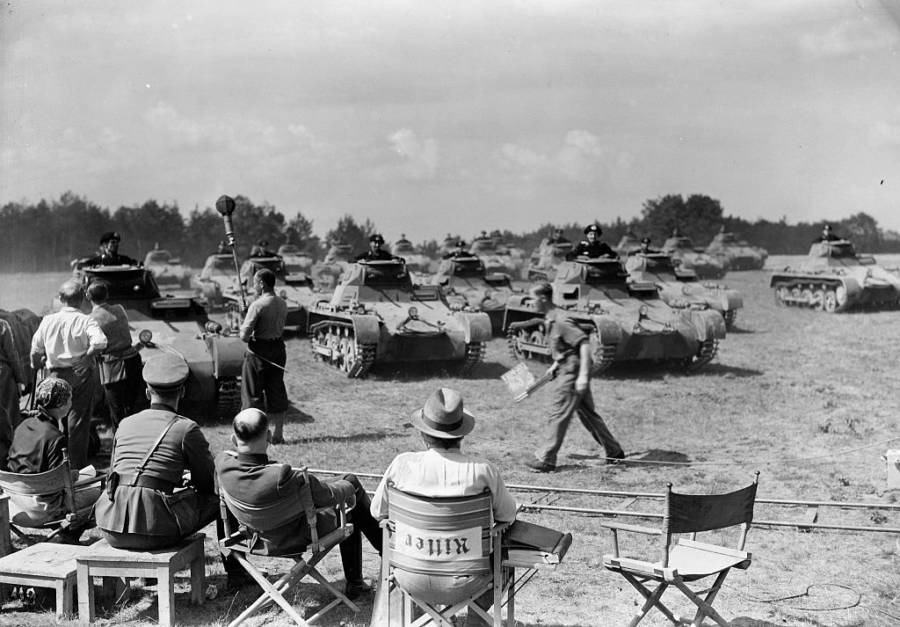 14. Carl Ritter (director) is filming a tank battle scene for The Traitors. Ritter’s field of work was filmed about the dangers of communism. Germany, 1936. 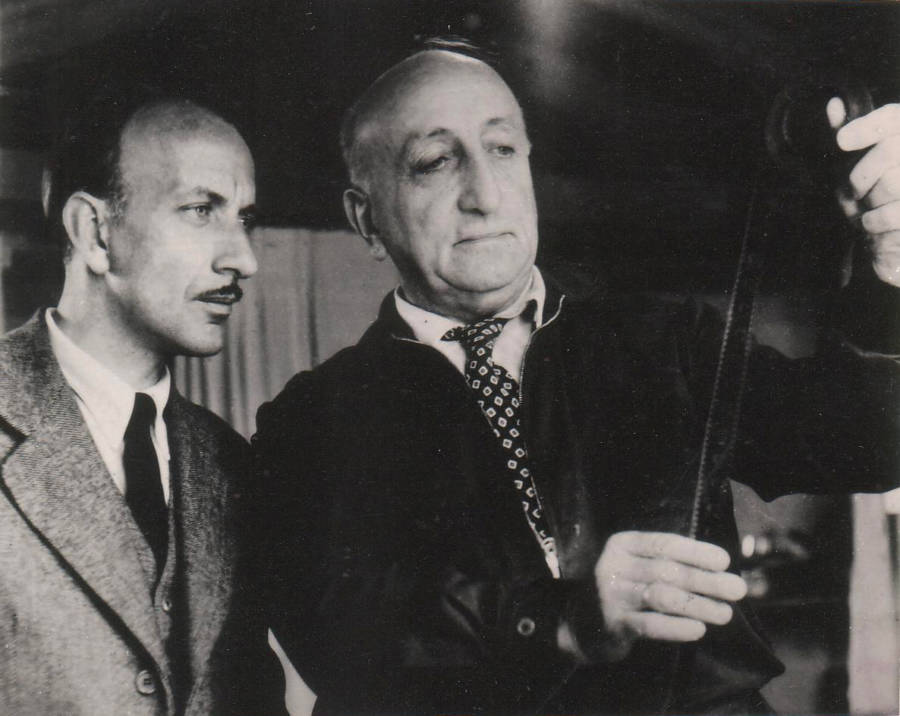 15. After the fall of the Nazi regime, Carl Ritter continued to make films. Ritter briefly retired from the film industry after the fall of Nazi Germany, But in 1950, he returned to filmmaking to restore the power of German cinema. Germany, 1954. 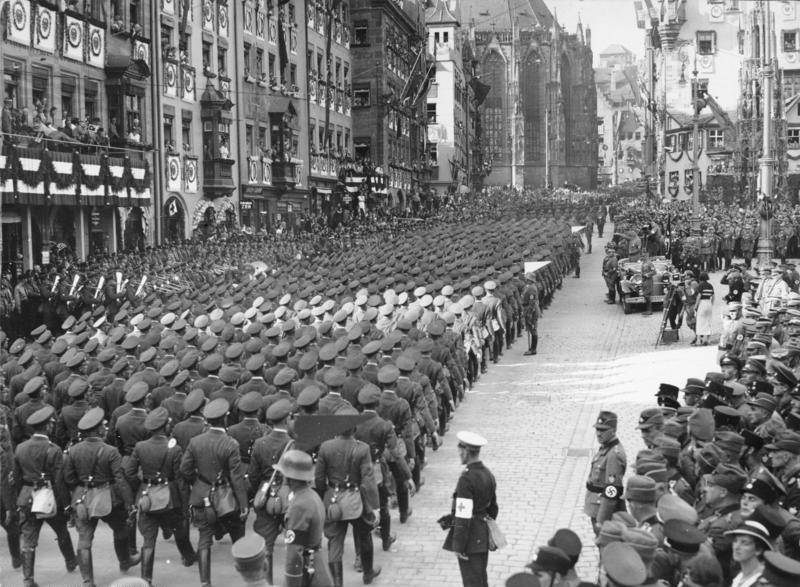 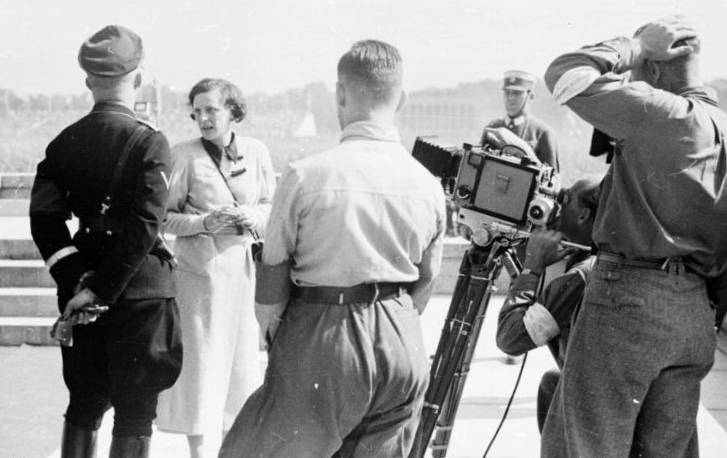 17. Leni Riefenstahl is talking to Heinrich Himmler  (the perpetrator of the Holocaust) and offers him the opportunity to be one of the actors in his film. Nuremberg, September 9, 1934. 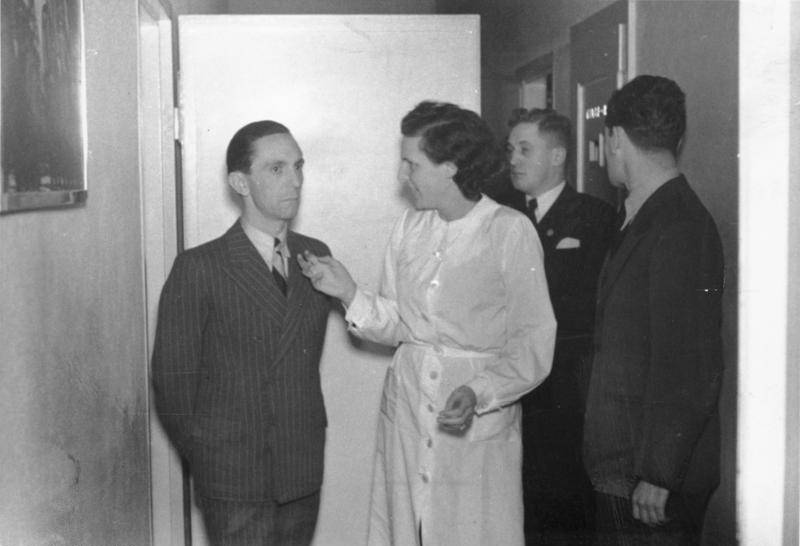 18. Joseph Goebbels talks to Leni Riefenstahl about his plans to film Olympia. Nazi cinema was entirely under the control of Goebbels. He and his Ministry of Propaganda oversaw all ideas, scripts, and casting for every film made in Nazi Germany. Berlin, November 25, 1937. 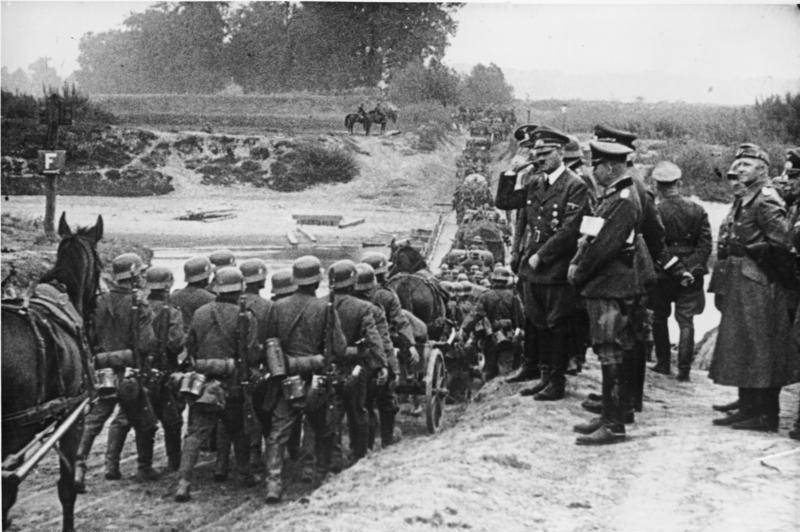 19. With the continuation of the war and the advance of the German army in the enemy’s territory, the propaganda filmmakers also moved with them. Here, Hitler waves to a column of soldiers as part of a film made to celebrate the invasion of Poland. Warsaw, April 2, 1940. 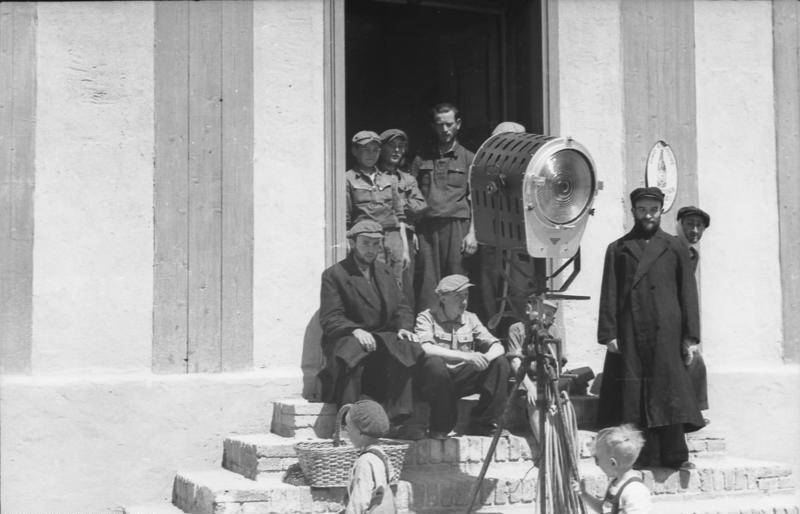 20. A group of Polish Jews survived the death camps by agreeing to star in the Nazi propaganda film Homecoming. The film was made to justify the invasion and destruction of Poland, and the actors were forced to portray their nation as a hateful and cruel people to convince German viewers that the invasion of Poland was a moral act. Poland, 1941. 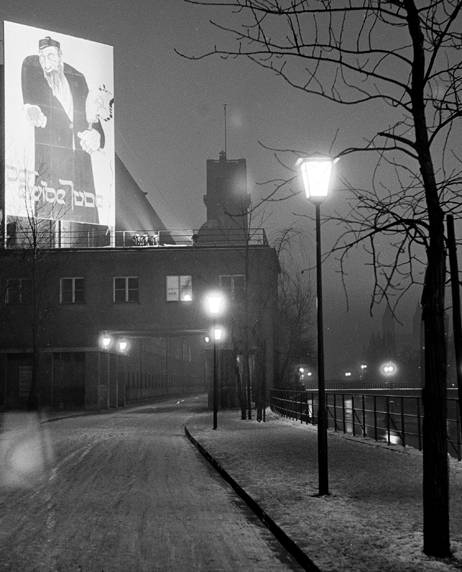 21. A street advertisement for the movie The Eternal Jew. This film was a propaganda show commissioned by Goebbels and aimed to spread and promote anti-Semitism and hatred in Germany. Munich, 1937. 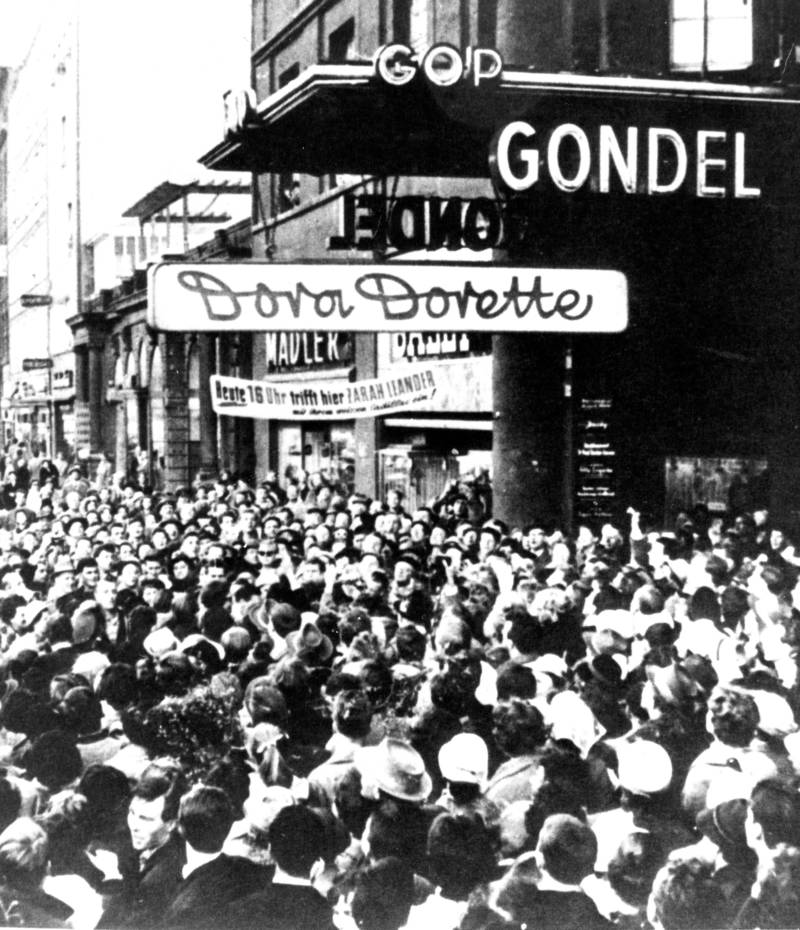 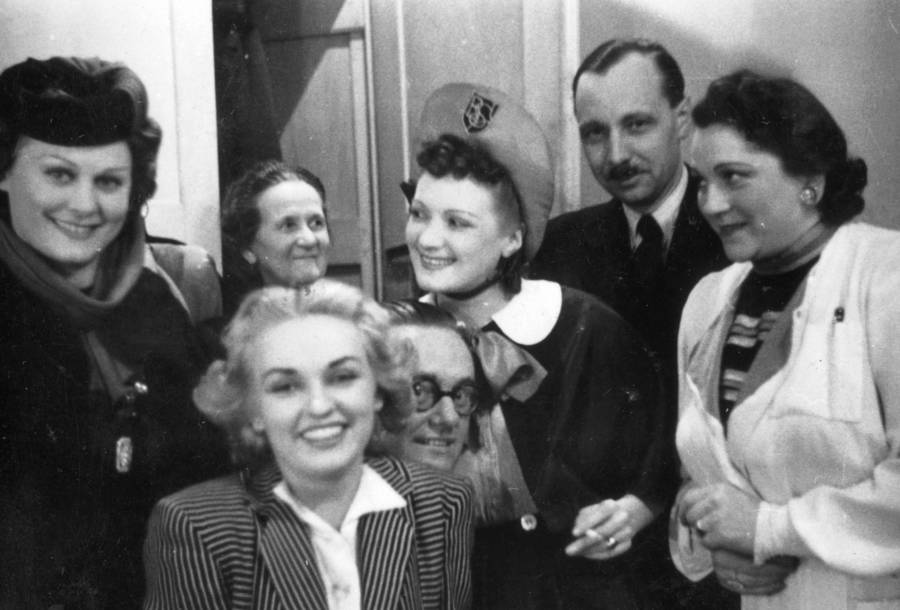 23. Nazi movie star Marika Rook smiles for the camera along with other actresses. Hungary, 1939. 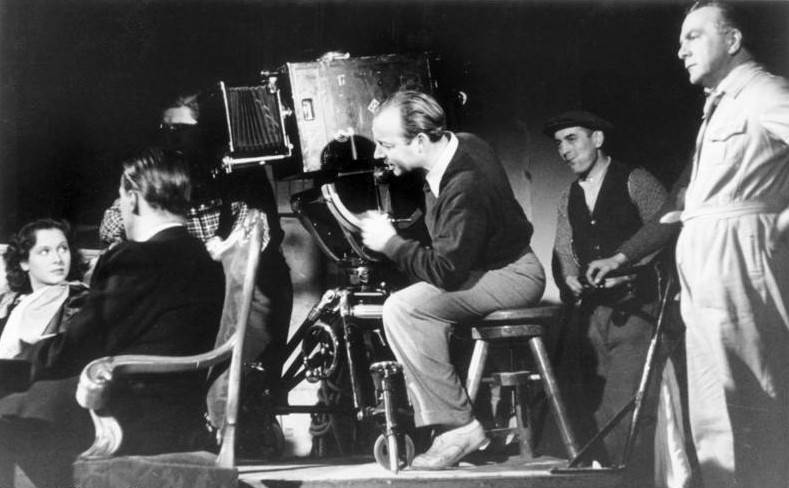 24. Heinz Roman is directing a movie behind the scenes. Roman was recognized by the Nazis as an essential actor and was ordered to appear in every possible film. Germany, 1942. 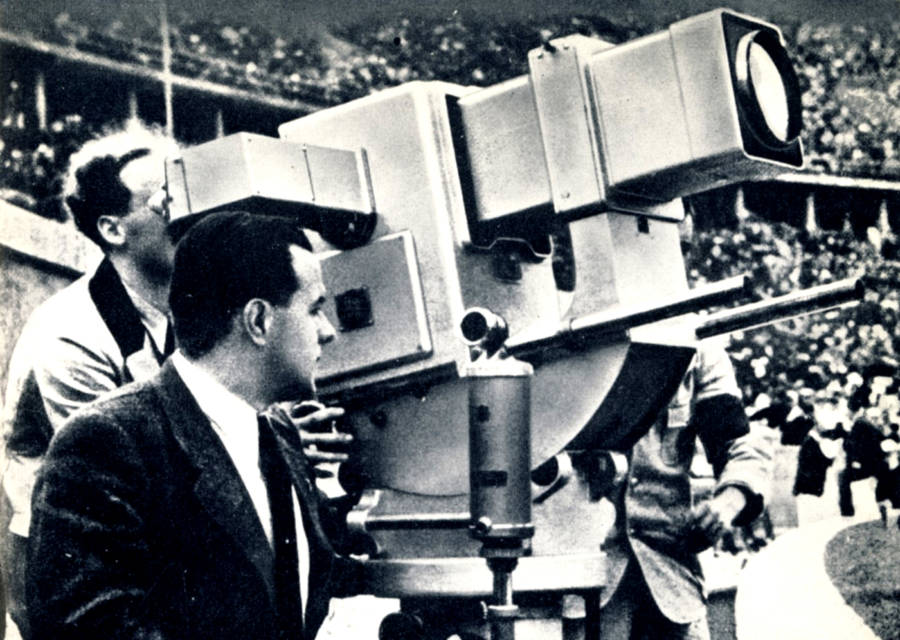 25. TV cameras have been installed to film the Olympic Games in Berlin. 1936. 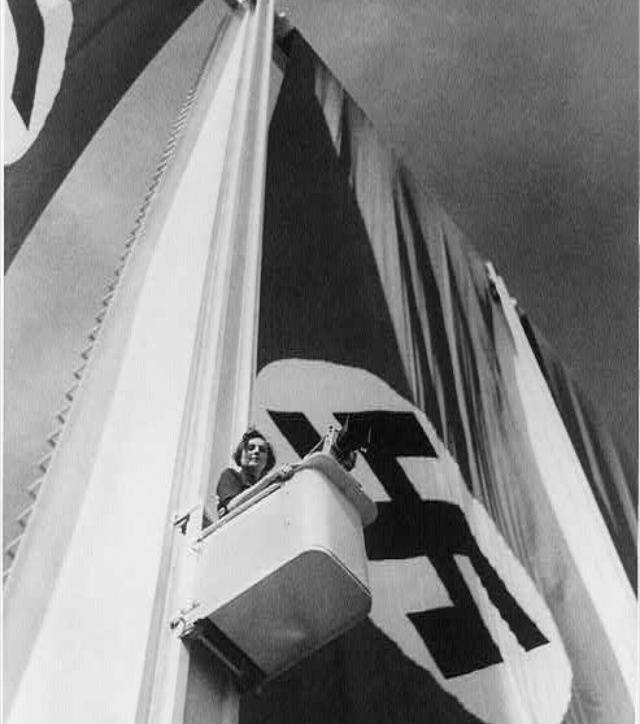 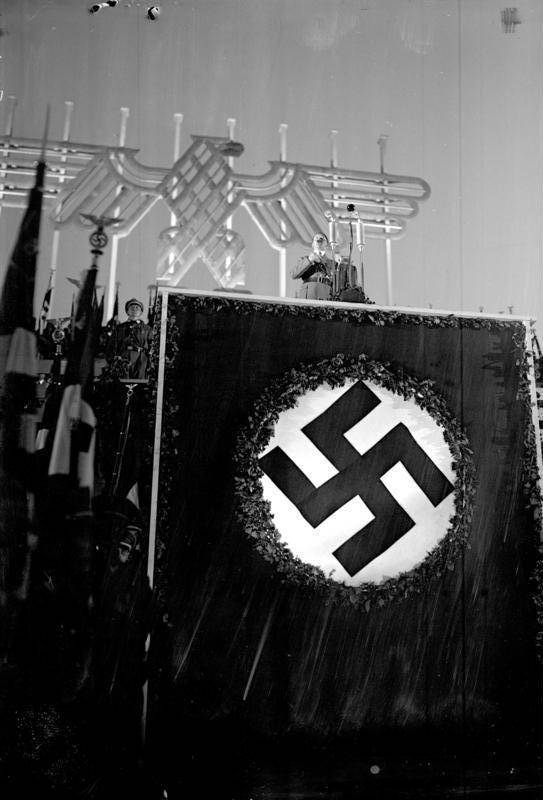